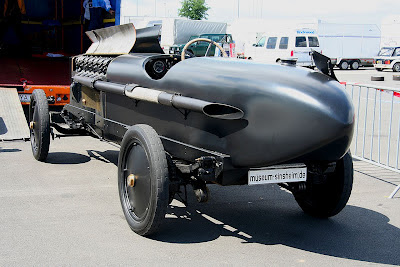 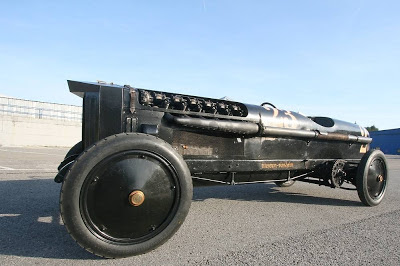 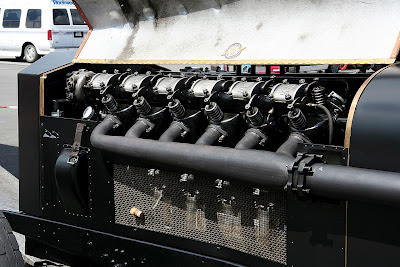 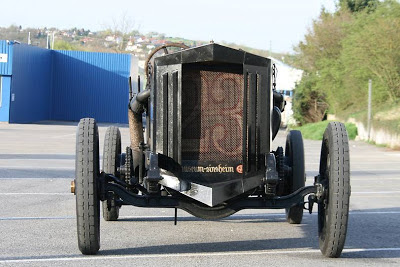 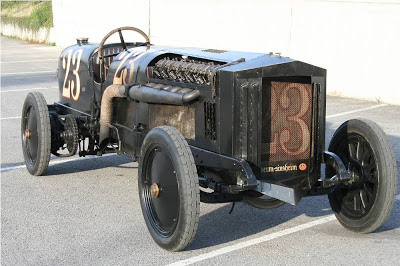 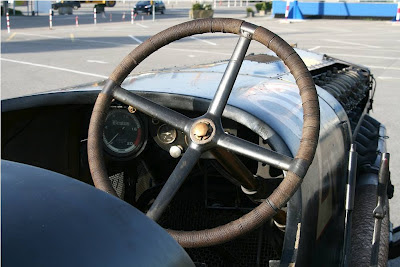 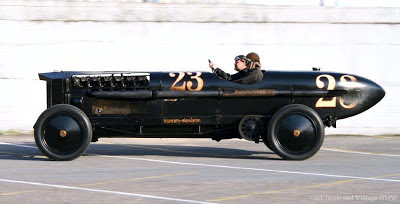 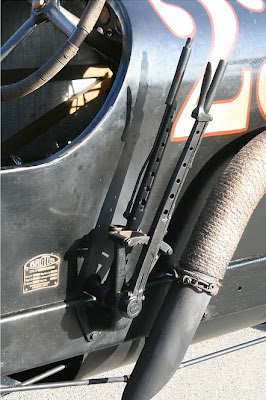 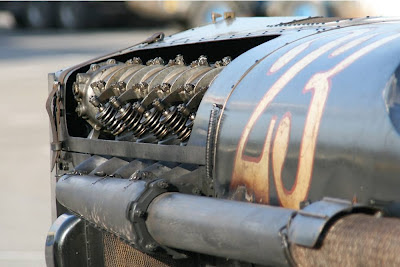 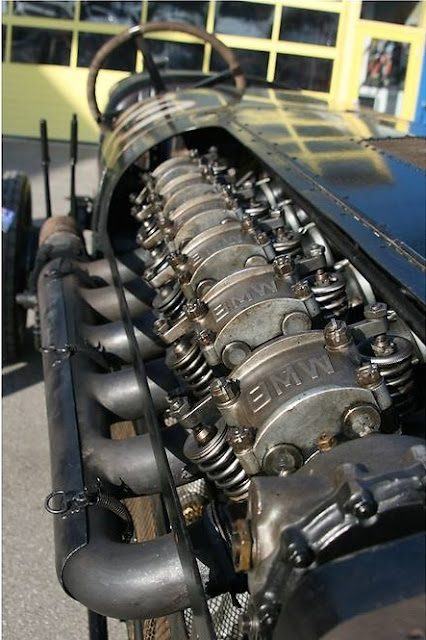 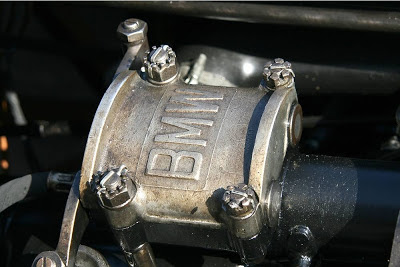 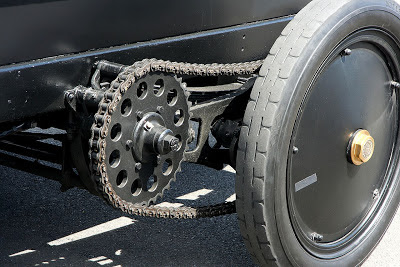 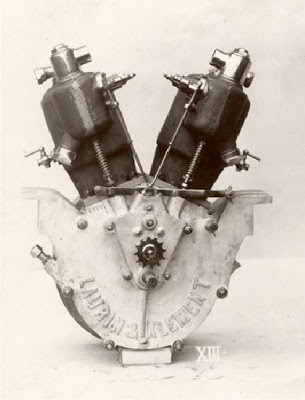 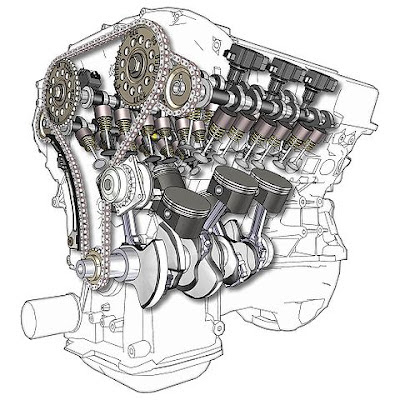 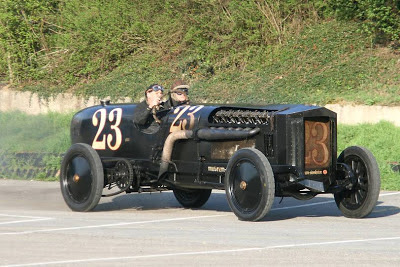 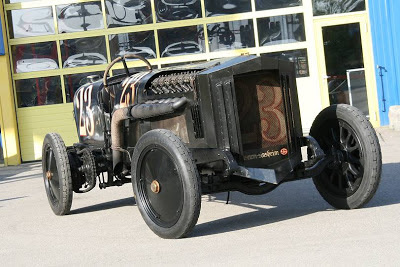 Museum for him the engine was much too good. Therefore Hermann Layher has built the 46 liter twelve-cylinder from the thirties in a 100-year-old race car. Who drives it imagines, at the wheel of a dive bomber.

Even though the head of the Auto and Technik Museum in Sinsheim and Speyer now has enough toys really makes him probably none as much fun as the black race cigar smoke. There are good reasons. 46 good reasons even, to be precise. For the same amount of displacement, the twelve-cylinder engine, the museum's workshop has screwed under the endless canopy.

Aircraft engine thrust is right at the bottom

The power plant, which is almost two meters long and drives them out of the body, such as the bust of Pamela Anderson in her bikini comes from BMW

and was built in the thirties especially fighters. Messerschmitt, Heinkel and Dornier flying boats that sat on the steel mountain of Bavaria, which was at the start of 750 hp and cruise afford good 500 horsepower. And this without the tachometer went over 1500 tours. Only when falling short battle 2000 revolutions were inside.

"This engine is from a plane that was used apparently in the Spanish Civil War", Manfred Fink told from the Museum Workshop: "There he has a collector discovered after more than 50 years in the scrap yard, so he came into the arsenal of the car - and technology museum "before he was to be issued on a stand in the hall, the engineers wanted to know if the twelve-cylinder engine is still running.. But when they had him actually after a few long winters brought back to life, the spectacle was so impressive that museum director Layher has changed the plan without further ado: "It's for the exhibition would be a shame to have to work again, on and that best in a car. "

The method of record-breaker

This idea has been a tradition among avid fast drivers. Not only today, where they hunt on the salt lakes of Utah at the best times, jet engines or rocket propellants are used. But also the speed records from the twenties and thirties were mostly driven race cars, which were unceremoniously fueling of aircraft engines.

In this spirit, took the museum team, the chassis of an American La France from 1908 including wooden wheels and chain drive, screw-forward engine on the axle and the rear counterweight comprehensive one several hundred gallon tank, timbered over a wooden frame and dengelte aluminum sheet a body is equal a torpedo - that was the bomb. "It was not quite that simple though," mechanic Fink says, looking at the latest half dozen cooler and starter they have worn to the monster engine. But after eight years, the car was actually ready for the maiden voyage.

Anyone who sees the car in action today, who can vividly imagine what horrors the team then went to layers in the limbs. As if they had brought the Incarnate to life or open the gates of hell, the twelve-cylinder engine roars so loud that the walls shake. The surrounding area is sinking into a black mist into the eyes bite sulfur and burnt oil, and around the car cooks the asphalt - no wonder that the mechanic under the arm-thick exhaust pipe sometimes even cook their lunch sausages. By then Hermann layer was clear that this machine can only give the name "Brutus". "So, as the time has killed his master, it will go to anyone who is not paying attention in this hell ride devilish."
This also explains why neither Layer nor his mechanics have extended the car ever. Because rage if not even 1500 tours up to 750 hp and 000 Nm to pull an incredible 10 the delicate chains to the rear axle, you will feel like you ride on the cannon ball. As it is, entirely, be very careful - especially in far too narrow footwell unfortunately also accelerator and clutch are reversed. "One misstep can be your end," warns mechanic Fink. "A lot more than 120, have 140 things we dare not, therefore," he admits, and says full recognition of that daring warhorses from England, who has on the test track ever managed to pace the 200th "Then he was with his performance at the end." The driver, mind you, not the car. For Brutus is so fast the air is not enough.
...
Projekt Brutus: Für den Ritt auf der Kanonenkugel - weiter lesen auf FOCUS Online: http://translate.googleusercontent.com/translate_c 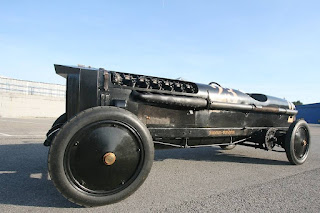