conversation on bfc regarding the upgrade on an upgrade...after an owner swaps out 320i trailing arms for the disc brake counter part from a 323i...an additional disc brake upgrade is possible...specifically, removing the 323i calipers, drilling out the threads, permitting the nuts, and bolts required for the e30 disc brakes...the following is a discussion on bfc...

e30 calipers on e21 323 trailing arms?
Does anyone have any specific information on this swap? I've seen it posted like its a direct bolt on but the '89 325i calipers I have are very different from the stock 323i calipers. They mount from different sides of the bracket. Has anyone actually done this swap that can give input?
Thanks, Steve.
I haven't done it, but it's a matter of drilling out the threads on one side to allow for the different mounting position. jrcook

My 323 trailing arms are disassembled now. I will have to reinstall the bearings, axles, hub, etc so I can see how everything lines up. But, if the 325 caliper mounts the same as the 323, the caliper bracket will need more than just drilling the threads out. It is machined to mount on the opposite side. The side to mount like the 323 bracket is just the rough casting and has a rib which is higher than the areas around the mounting bolt holes that would prevent it from sitting flush. It looks to me like the bracket will have to be machined flat for proper mounting. Can anyone verify this? I will try to check all this this weekend if I can. Steve.

I just did this conversion took pictures to do a write up, I believe I have the pictures on my digital camera that is with me, but my notes are home and I'm away on business. Below is a link for reference, that I used. I believed my calipers were from an 87 e30, holes lined up perfectly, I also believed that I drilled holes out with 13/32 drill bit. I used my drill press with 3" roloc disc to grind the carrier down, this gave me a machined like finish. I also had to cut the back-plate were the piston goes. Final touch was I bought some UUC brake lines. I'll do a write up this weekend when I'm home, I'll have access to my notes for exact size. Also I'll see if I can send pictures in the mean time. dhlthr

Additionally, the E30 brake hoses work fine on the E21 and bolt right up. I have done this now to both of my E21 and feel its better way to go. The E30 brake calipers offer more options for rear brake pad compounds and general availability.

I used a 13/32" bit. I then screwed the carrier to a board jig that would keep it flat and used drill press and grinding disk to grind area flat. I test fitted with rotor on trailing arm a couple of times to make sure that I did not over grind. When I was happy that rotor was center of carrier I was close to .580 width.

Apparently, Rob at BavAuto says this swap is as easy as pie, and a great upgrade. All that's needed is you have to drill a little. jjgbmw323

I picked mine up from junkyard, was told they were from an 87 eta. Don't know if there is a difference, but I believe all e30 caliper carriers are the same and have a 2.25" bolt spacing which is what our trailing arms have. I bought a rebuild kit and rebuilt my calipers as well (cheap and easy).  dhlthr

The teflon sleeves are the newest trend, I have seen them in clear and red but don't remember if they were for BMW. I don't know of anyone making the teflon coated for 323i because of the banjo bolt. I had a set of bavauto with the 323i calipers. dhlthr

I went to the bone yard today&picked up a few pairs of e30 rear calipers, went home & modified a pair&got them mounted. These really are a much better designed caliper than the e21. The pad surface area really isn't much bigger, but rather than being a rectangle, the pads a are shaped in a trapezoid, so the outside edge is much bigger (more torque where it's needed). I found that I didn't need to modify my backing plate at all as long as you modify the caliper correctly.  Jester323 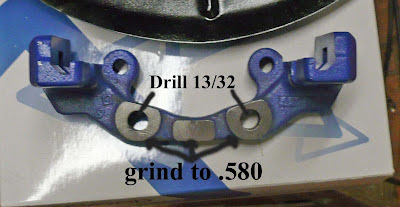 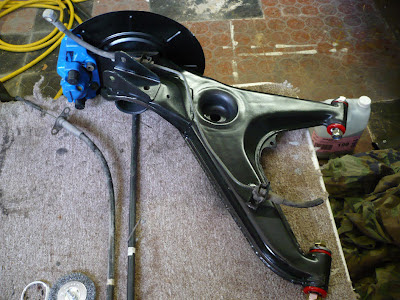 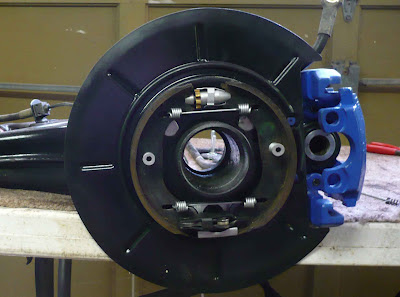 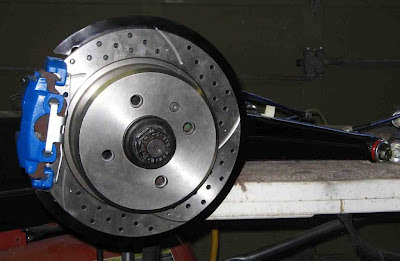 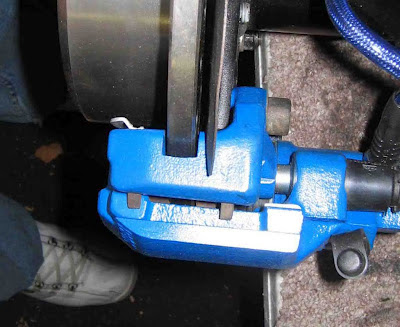 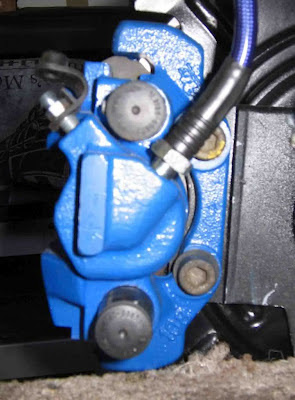 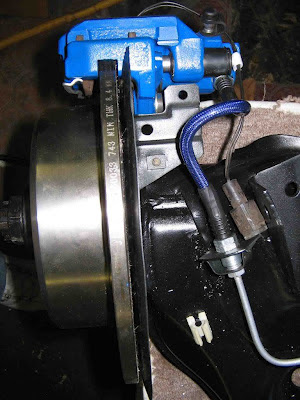 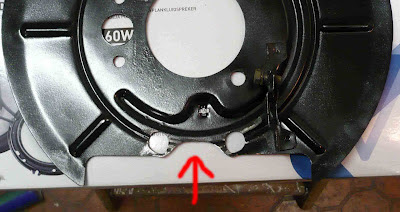