If your in-tank fuel pump is bad and you're cheap like me, this might be a good solution. This will only work if the pump is bad but the bracket that it mounts to is still good.

Before assuming the pump is bad, use a multimeter to make sure it is actually getting voltage.

The pump used is an Airtex E3900. The specs match the factory pump specs pretty closely (flow rate and size). I got mine on eBay for $25 and I've seen several others on there for $50 or less. The strainer I used is for a '77 Chevy Vega. I got it at ABC Auto for about $8.

Here's the factory pump and the Airtex pump side by side for comparison. 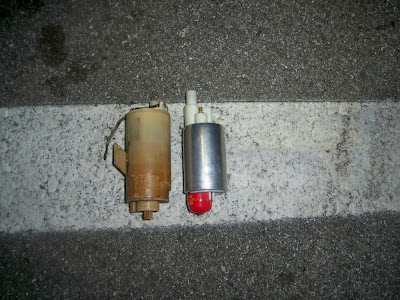 Make sure the place where the ground wire attaches to the bracket is clean. The bracket shown had been sitting in gas for two years. 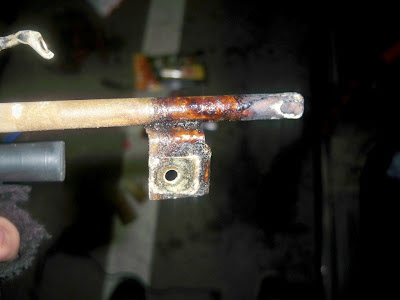 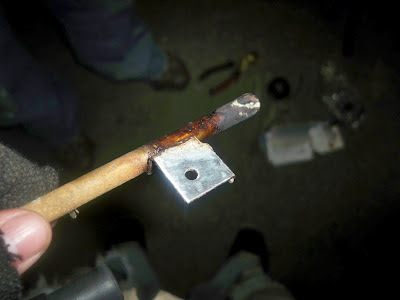 The Airtex pump is more or less a direct fit so there's no modification necessary. Just put the strainer on the pump and attach the pump to the short rubber hose on the bracket. Use the large hose clamp to secure the pump to the fuel return line. Use the small hose clamps on the short rubber hose. The clamps aren't there from the factory but mine leaked without them. The hot wire should reach the pump as it is. You'll have to cut a short length of wire to use for the ground wire. Here's the finished product. 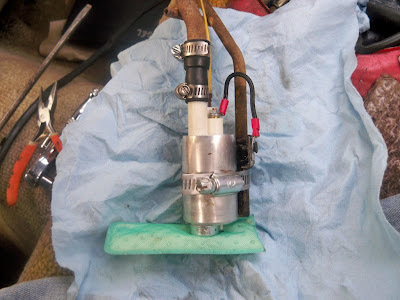 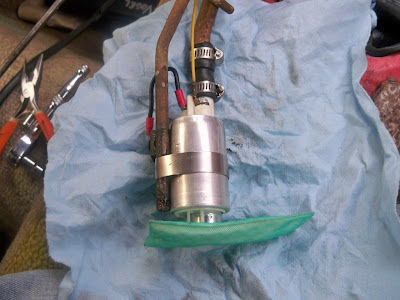 notable member comments included - ''It would be neat to get the actual in tank fuel pump that has broken for some reason,,then just do a switch of the broken fuel pump with new good identical replacement, its possible it can be ordered,, the prices of these in tank fuel pump entire units are for the rich and famous,,lol,,good effort saving money is always a good idea, the money saved can be used to buy other needed parts, saved or used elsewhere.....

I have not built one of these yet however I understand it.

Okay heres what I have found so far:

The Hunt is on for the inexpensive in tank fuel pump to avoid paying the rich and famous prices.''


the members continued....''I have looked around also for just the replacement fuel pump only as well so far not able to find it. Its a low pressure fuel pump with sizeable gph rating. Airtex fuel pumps from what i have found are made in china,,its possible it will show up,,the little fuel pump in the in tank unit sold by Airtex for 80-83 BMW's 320i should have an Airtex number,,so far though its not listed,,VDO and Siemens/Westinghouse the same.

I have this unit complete,little fuel pump is kaput ,,what I'm considering also is too remove the little fuel from the below unit( got this one at pic-n-pull for a song and dance some time ago) and send it in to K Jetronic fuel pump rebuilder and then reinstall it,,you can have your rebuilt too,,,definately save some gold and silver coins this way....lol

Off the subject I'm considering going to Pic-n-pull and bag the twin tanks, then do a POR15 clean and seal job and have super clean fuel system...until then ect,,change fuel filters every 6 mos is a possiblty rather than yearly. Here hazardous waste disposal is no problem,,just drive in n drop off at the transfer station for this in a sealer container.  Thats Helmut Koinigg in the BMW-Alpina Build.''
Source - http://forums.bimmerforums.com/forum/showthread.php?t=1761617
Posted by david at 10:41 PM No comments: Links to this post