the old Tricor e21 forums had this description of the conversion process...

you can use e12 hubs/rotors but only on the earlier struts. if you turn down the rotor about 2-3mm you can then use volvo calipers without having to slot them. also the e12 hub uses the same bearings as the 323i

I'm pretty sure the hubs shown above are e23 as well. They're very heavy, but overall better than the e12 I think with the same size bearings. The front conversion is the easy part.

Front hubs you can change to the front 5 bolt hubs from an e12. Not specifically the 535 as I have seen 528is with rear discs. The hubs fit the spindles on the e21. You have to check the bearings though as pre 80 models used different bearings that the post 80 models did. Caliper placement has been rumored not to change but then all the other guys that have done the mod have machined their own front hubs. Wheel offsets may change but then no one has actually provided details. 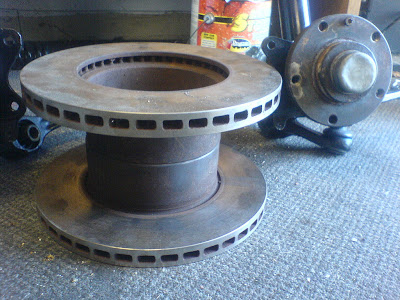 The idea behind using this type of subframe is all you have to do is shorten the front member down to the e21 size and weld the subframe mounting ears to this after you are done. I am not sure if any changes were made to the arms. From the pic they do not look like they have been changed. The end result bolts onto the stock subframe bushings. The difference between doing it this way rather than using an e30 subframe is that the springs are housed on the shocks on the e28 and are seperate on the e30. The e30 has a shock mounting point and behind it is the spring in its perch. The spring Top retainers have the same bolt pattern as the e21 and will bolt to the e21 rear towers. Not sure if you can mix and match these but the rear e28 springs are the same diameter as the e21 ones so... Plus you will bring over the bigger housing that accomodates the e30 e28 diff 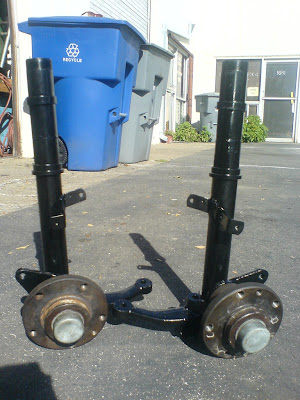 Of course this is after measuring the centerline twice, making sure your geometry is correct, and cutting once. The rear calipers will plumb into the existing lines and work fine with the booster that is on the car already. If you did not have rear discs you have them now. The other addition is the rear mount for the e28 diff. You will have to make space for it and strengthen the floor of the trunk(boot) and bolt the e28 sub-frame mount
If you have a larger motor the added weight will be minimal as the motor will make up for it. Adding the diff will benefit the use of hard launches. But on a 4 cylinder or a M60/20 equipped car it will make the car heavy and will only be for looks. The "benefit" could be the added weight on the rear end making the car less tail happy but then who would really want to get rid of this? 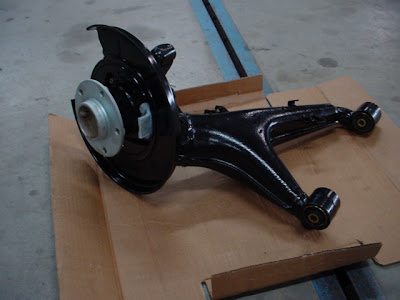 A cheap "bastardized mod" could be integrating (read: heavy cutting and welding) the rear trailing arms from the same e28 and checking to see if the rear shocks mount up this way. Kind of easy to check the measurements and angles. Or if you are at a junkyard you can remove one trailing arm from an e28 and from an e21 and "swap" the e28 arm into the e21. Or at least measure the deficiencies, where you have to weld, how much farther apart the arm is, how much longer the arm is ect. At least giving you more ideas or more proof into the reality of modifying your BMW

hope that shows the amount of work involved
Posted by david at 8:29 PM 3 comments: Links to this post 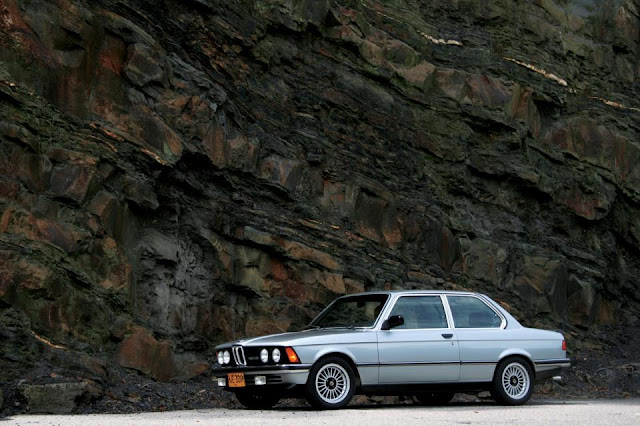 Posted by david at 7:39 PM No comments: Links to this post 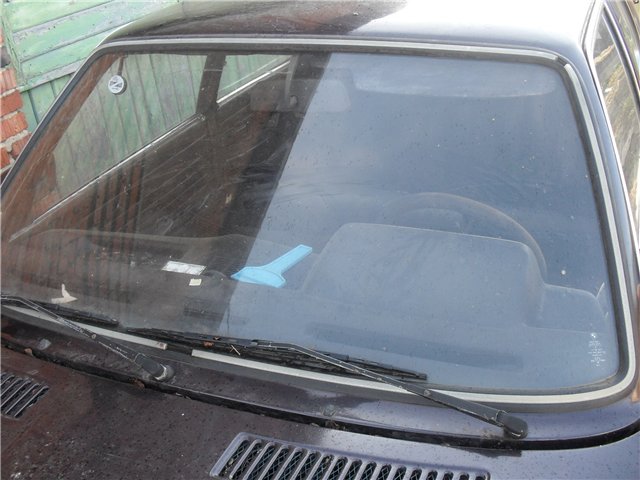 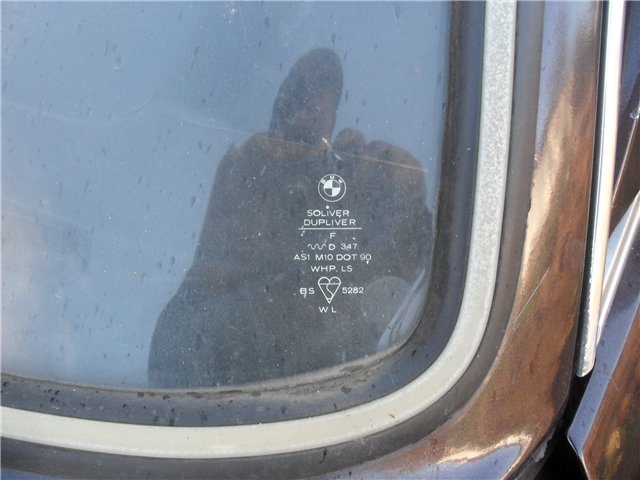 one of my other cars is a 1928 model 'A' Ford Roadster...i had grown up with model 'a's' for most of my life and the restoration of that vehicle was made harder because while i had seen model 'a's' but i had not watched them close enough to assemble one...the restoration process was greatly aided by the model 'a' restorer judging standards...the judging standards is the cumulative wisdom and the knowledge of the restoring community...the reason that i am mentioning that here is because as i look at the pictures above you will notice the OEM identification marks on the windshield...this particular windshield image was pulled off of a russian bmw e21 forum and my mind began wondering about the number of variations that exist...those are the type of topics covered in the model 'a' judging standards...i wonder if an e21 version is on the work bench...maybe this suggestion will begin that process...???
Posted by david at 5:00 PM No comments: Links to this post 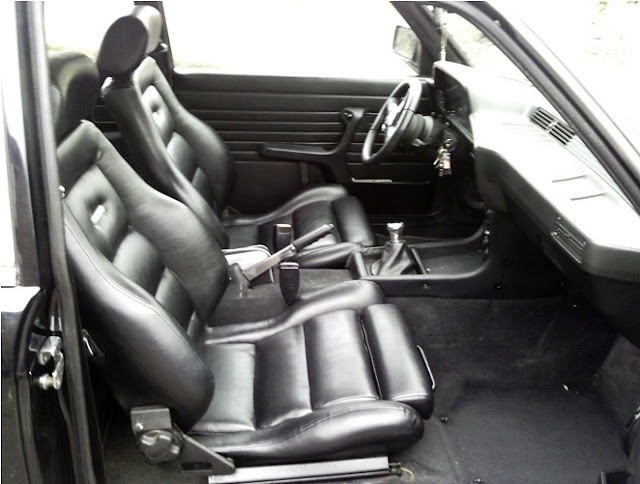 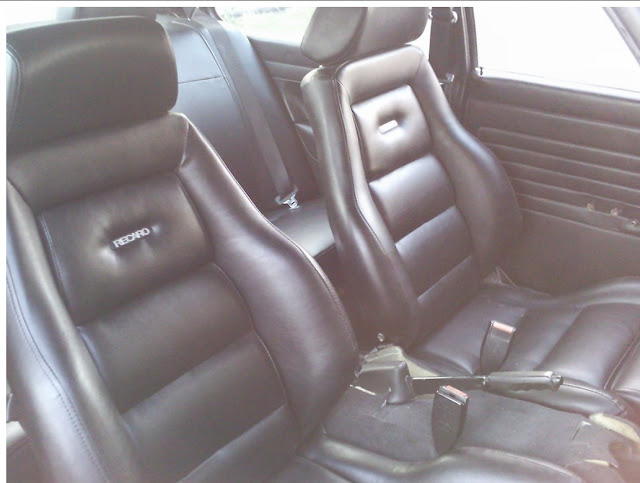 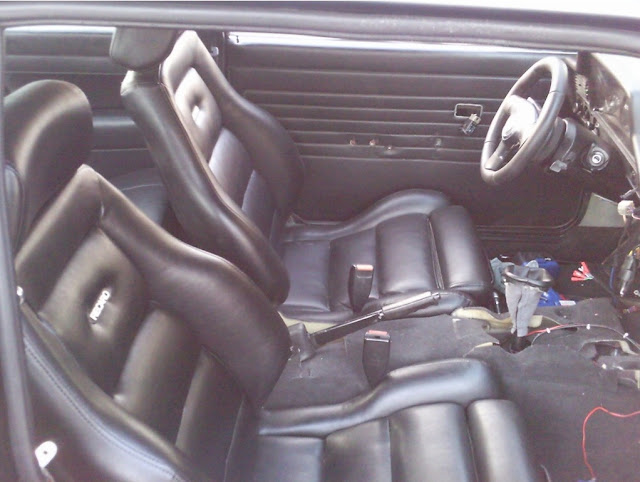 Posted by david at 8:01 AM No comments: Links to this post