fresh paint...back to the machine shop after line boring, and honing... 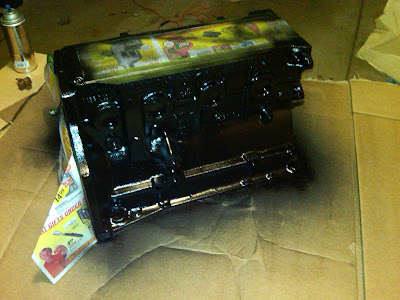 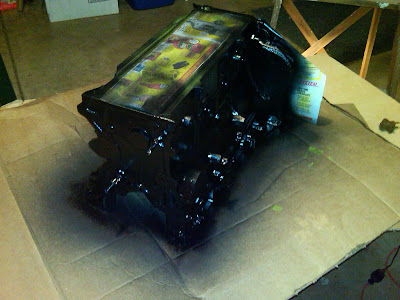 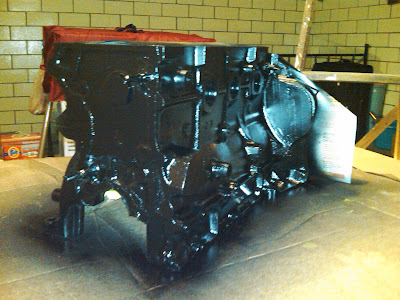 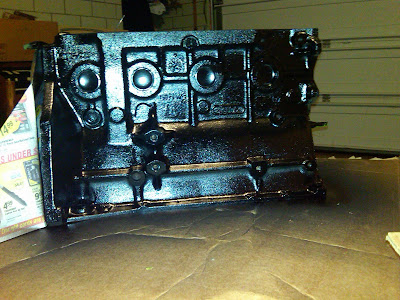 i have been down with the flu for a little over a week...the machine shop had finished boring the piston cylinders, and the mains for the crankshaft...the problem was that it was just sitting there waiting for me to paint it before the finish work at the machine shop could be completed and re-assembly could begin...and i had the flu!!!

after numerous attempts at fitting a new head on this block the final head was untouched, never machined or decked outside of the factory...it was a stock head that had never been off the engine...when i opened the box that it was shipped in the fresh grease marks indicating the fresh removal was apparent...the guy at maximillian importing delivered what they promised...the block had not been "worked" either...and that is both the good news and the bad news...the piston cylinders were stock bore...and the piston selection was a significant decision because my initial thoughts were to install new factory cast/flat top pistons...however, after some research i discovered that the cost for a lower compression, under performing piston (read that as non-european configuration) was greater than a higher compression, more efficient piston...that made the decision easier yet instead of a .25+ bore over standard, the more efficient domed top pistons were .40+ over standard...that still could permit a second cut to .50+ which is more traditional for a second rebuild...but i had some reluctance nevertheless...bottom-line: i got over it!
Posted by david at 10:26 PM No comments: Links to this post