Part #4 "Pre pressure valve" Needs to go if you've got rear disks. Definitely get a second opinion as I learned this from someone else's thread. 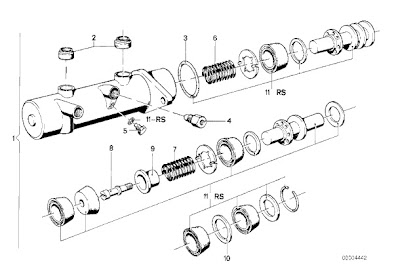 "I have never seen that #4 thing either...my MasterCylinder did not have one". 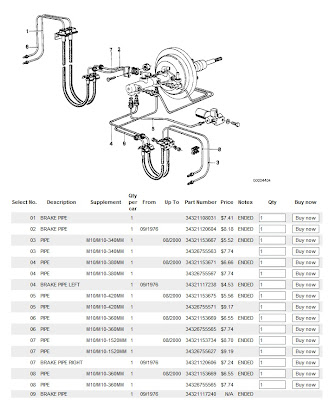 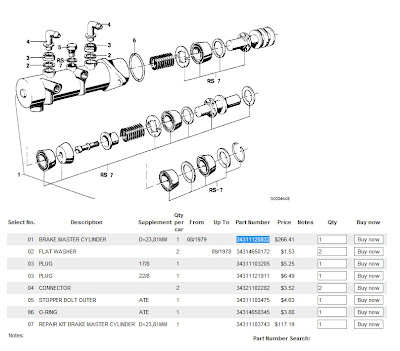 Posted by david at 8:49 AM No comments: Links to this post 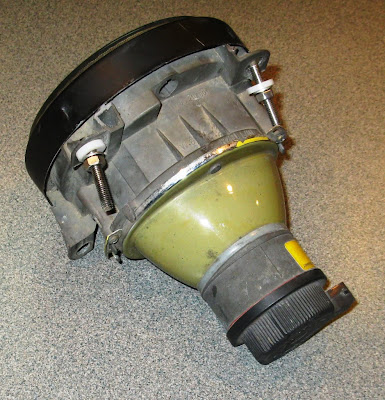 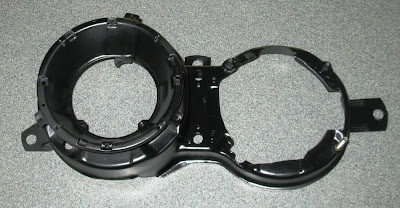 This is a cut-n-paste of a thread on bimmerforms regarding the converstion to hella h4's to which jester323 says: A much easier option could have been to simply adapt E30 ellipsoid buckets to my e21, but these turned out to be challenging to source. If you can find a pair of these, apparently it's pretty easy to slot the mounting holes and they can simply be screwed to the core support.
So I decided that it would not be an impossible task to adapt e30 euro ellipsoids to my e21 buckets, despite what I have been told by others. And no, you can not simply shave a bit off of the ellipsoid housing with a Dremmel to make them fit like I have also read.
To start, I removed the low beam buckets from the bracket that holds both buckets. this is done by simply unscrewing the the lamp adjusting knobs until the screw is completely removed, then wiggle the adjuster free from the bracket. I needed to figure out which housing belonged on which side as the beam cutoff doesn't just cut the top half of the beam off, but it also allows a slight angle up from the center of the beam pattern on one side. This helps to illuminate signs and other roadside objects better. To do this I installed an H1 bulb in one of the housings and used some alligator clips to a spare battery I had laying around and projecting a beam onto the wall of the garage to see which side aimed up a bit higher. there are three mounting tabs on the back of the housings, two on the top and one on the bottom. The mounting tab on the bottom will be on the outside. For example, this is the driver's side housing: 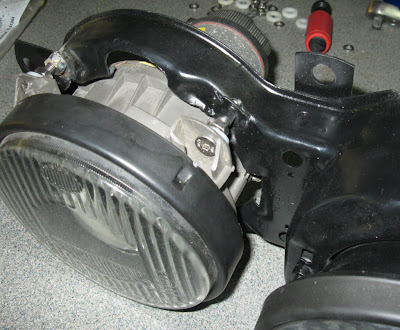 Posted by david at 8:36 AM No comments: Links to this post